permaculture 5 – use and value renewable resources

I’ve been trying to relate them to my everyday life. Having recently embarked on my own permaculture diploma, this is even more relevant.

You can read what I wrote about the first principle (observe and interact), the second (catch and store energy), third (obtain a yield), and fourth (apply self-regulation and accept feedback)

The fifth principle is use and value renewable resources. This one feels a bit more familiar than some of the others, especially to those of us used to thinking about ‘green’ things more generally.

we need to understand the renewable resource we are using to ensure appropriate use, e.g. how many trees can we take from a woodland without damaging it?

A good question, and one I hope someone does know the answer to at least, even if it’s not me.

make the best use of nature’s abundance to reduce our consumptive behaviour and dependence on non-renewable resources.

It then goes on to talk about using horses for logging, and milking your own cows – commendable activities but not things I have much need for in my tiny city garden.

Now, if there was a decent use for climbing slugs, I reckon I’d be on to something. 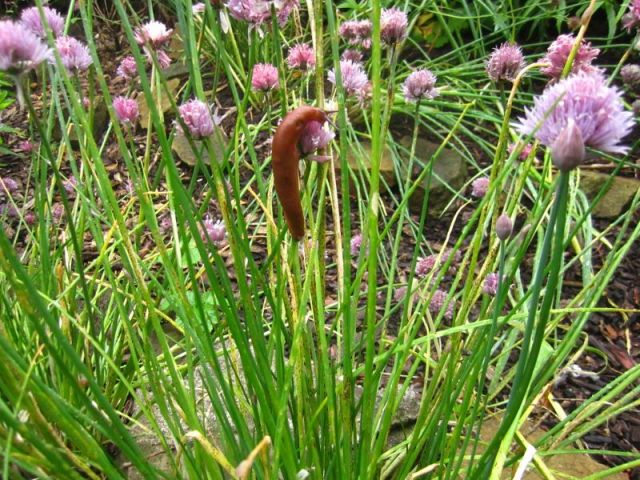 I’ve been pondering how to think about this principle in a less land-based way, one that’s more relevant to my own life.

The obvious thing to talk about for this principle is energy use. A few years ago we switched to a small company, Ovo, and a 100% renewable electricity tarrif (we also get our gas supply from them). I like their company ethics (and no, they didn’t pay me to say that!). Every customer automatically sponsors an acre of rainforest, they only have three straightforward tarrifs to choose from, and they have lots of simple, nifty graphics making it easy to compare your energy use to last year, or to others in similar houses. I can see, for example, that we use a lot less electricity than others, but a lot more gas – a result of our ancient inefficient boiler, no doubt, and something to work on in the future.

Green tarrifs are still a little more expensive than others, but I do strongly believe that if you’re in a position to, you should use your cash to support your principles (something I don’t always manage myself, of course, but it’s nice to have goals…).

In the home, perhaps it’s easier to think of renewable in terms of things being non-disposable. This week I’ve been making flannels (face cloths) and cleaning cloths from a couple of old towels. 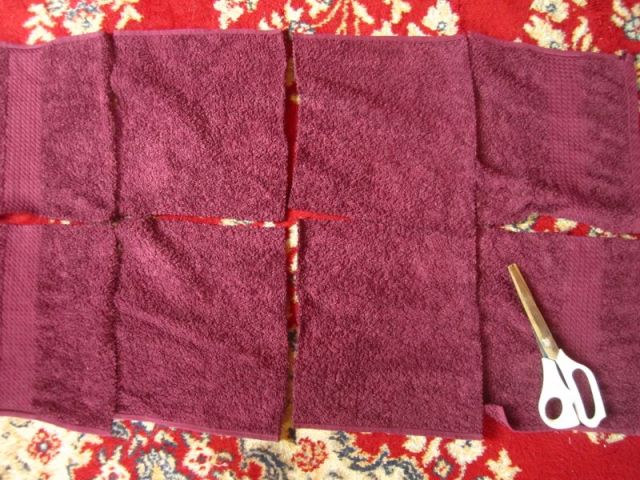 Very simple – just cut the shape out with pinking shears, fold over once and sew a seam. I suppose you don’t even need to do that if you’re using them for cleaning, but I do rather like the neatness. 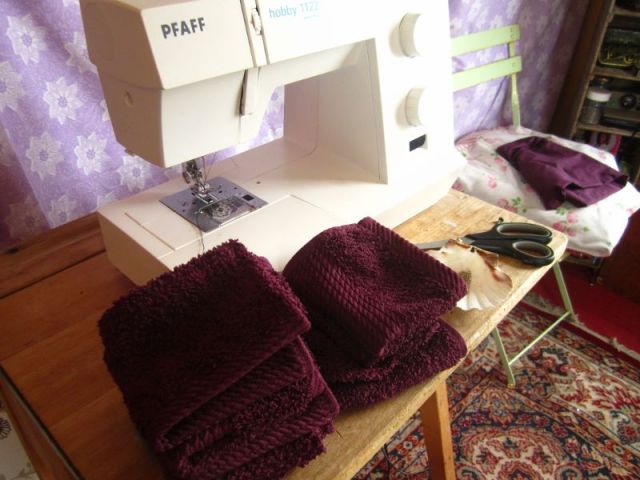 It does help to have a sturdy sewing machine (mine can sew through eight layers of denim in one go and is pretty indestructible).

We don’t use paper towels any more, because we always have a fabric cloth to hand to wipe up spills and clean surfaces. I think I’ve said before, I even use cloth sanitary towels sometimes.  We’ve yet to give up plastic carrier bags completely although we really have no excuse – Fay over at The Wind and the Wellies blog hasn’t used one for six months and she’s managing just fine. That might be next on the list.

The best example in the garden is the compost. I do buy in potting compost for seedlings and to top up containers, but mostly our soil is enriched by our own compost, made using food scraps. A useful resource from a ‘waste’ product – doesn’t get more renewable than that. 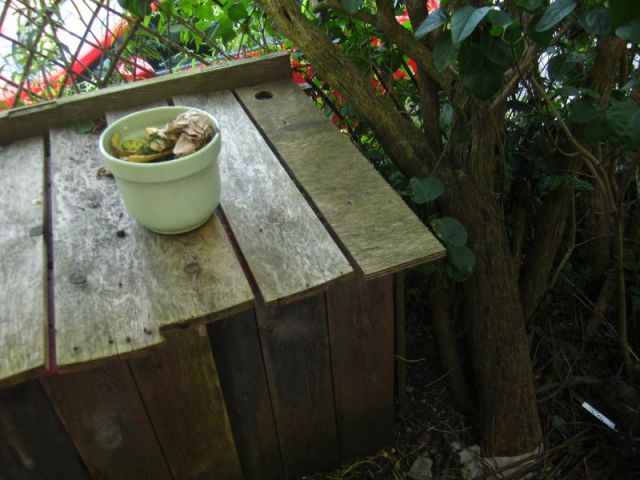 We also have two water butts that collect rain water from the roof, meaning we don’t need to use valuable tap water in the garden. This has the added benefit that more seedlings survive, as the water is already in the garden, meaning I don’t have to lug it out from the kitchen.

What I keep coming back to with these principles is that they require time and skills, both things that people often think they don’t have.

But perhaps it’s useful to think about it in terms of redistribution of time. Yes, it takes time to sit and observe before acting, but if it stops you from acting unwisely it’s time well spent. It takes time to plan meals, and cook in bulk, but this saves time (and potentially money) later, usually when it’s most needed at the end of a busy day.

As for skills, well, you can’t make your own clothes if you don’t know how to sew, and making your own clothes might not be on your agenda at all. But it’s useful to be able to repair holes in things, and that requires only basic sewing skills – threading a needle, tying a knot, having a go.

I’m often surprised at the number of people willing to help you learn. People are all over the internet, sharing their knowledge for free, and I’ll be there’s people living near you too. We now have a Repair Cafe where you can take broken things and people will help you fix them, and we also have an organisation that will hold your hand as you build your own computer from scrap!

Is there anything like a Repair Cafe near you? What do you use that’s renewable or non-disposable? Did you make it yourself?

(As an aside, I don’t know what I’m doing to my photographs lately, they all seem rather fuzzy. I’ve been resizing them as I’ve now used nearly 75% of my space for this blog, but I don’t like the blurriness. Any tips, other than a less shaky hand??)

This entry was posted in conscious living, home, make do and mend, permaculture. Bookmark the permalink.

5 Responses to permaculture 5 – use and value renewable resources